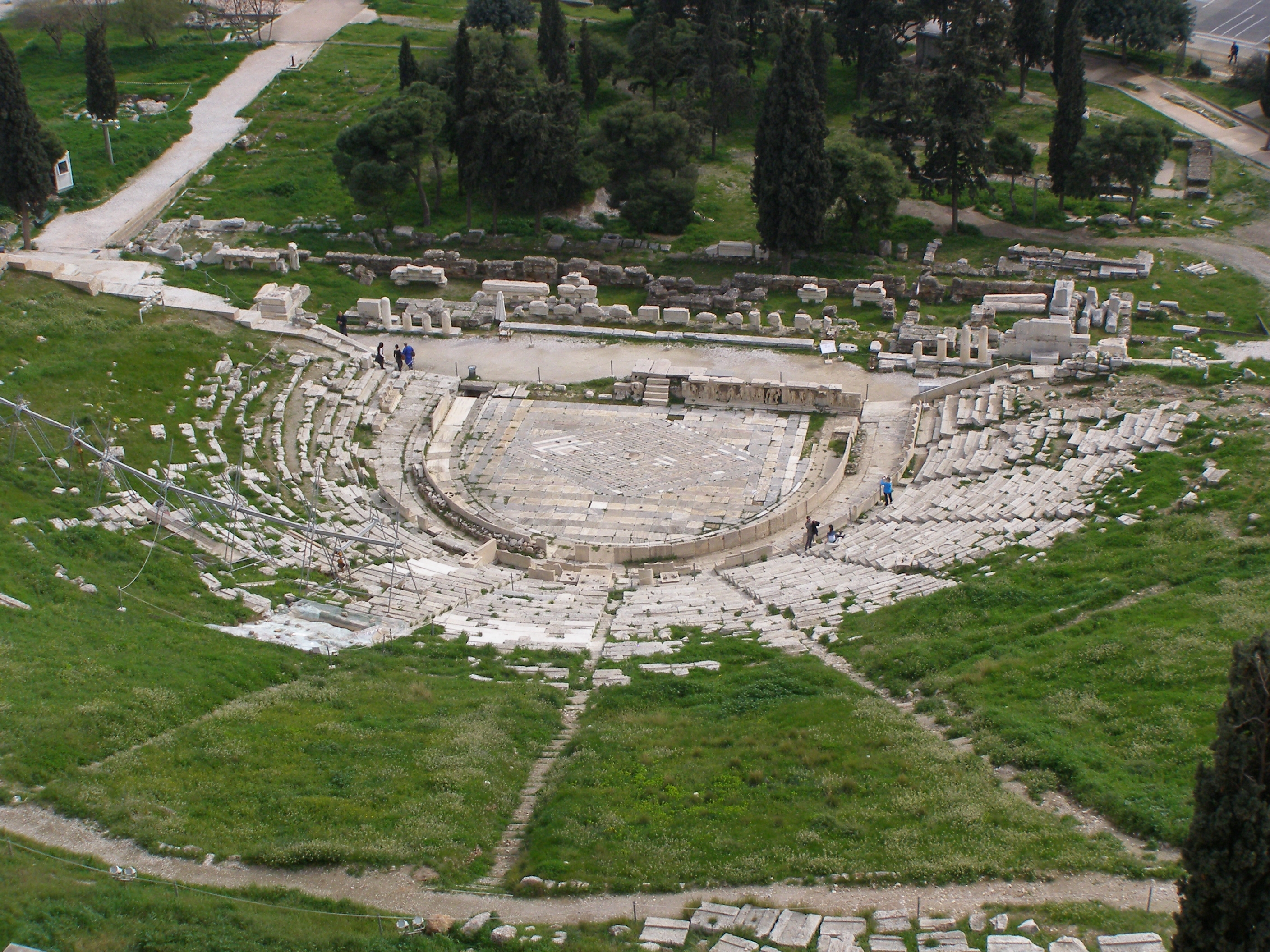 The sanctuary of Dionysus Eleuthereus on the Southern slopes of the acropolis has been one of the most prominent public places of Athens: as the archaeological, epigraphical and literary sources attest, the political, cultural and religious lives of the city have always been closely linked in its area since the first installation of the theatron annexed to the sanctuary, which has been used for the periodic performances in honour of the god since the 5th century BC as well as for the official assemblies of the demos, convened there seldom in the Classical period but even more frequently since the second half of the 4th century BC.
The various functions of the theatre and their coexistence in the same space over the centuries had lead me since my undergraduate studies to investigate on the practice of displaying inscriptions in or near this building during the Classical, Hellenistic and Roman ages, in order to identify the different categories of documents there displayed and, consequently, to understand for what reasons, in which periods and to what extent the sanctuary was chosen by the Athenians for the publication of inscriptions in comparison also to other sites within the city. My principal aim consisted in identifying the ideological and political significance conferred to the texts by the exposure in such a representative site and to understand what kind of messages was conveyed through them to the people gathered there in the different occasions of meeting.
This study – conducted on the basis of the excavation data (very important though not always accurate in recording the precise provenance of the stones) and the analysis of the content of the inscriptions (when they are not too fragmentary) – consented to record until now a homogeneous and numerically significant group of texts that were undoubtedly or likely exposed in the sanctuary of Dionysos. The classification of these documents could not be carried out without a qualitative evaluation of all the epigraphical finds alongside the Southern slope of the acropolis and a carefully distinction between the inscriptions really pertinent to the sanctuary from those that, although found in that site, actually belonged to other places of the city and were there later fallen from the acropolis or reused. It has been a complex investigation and there are still some unsolved questions: the digital edition of all of these texts in the Epigraphic Landscape of Athens database, with its several metadata and possibilities of multiple queries, has now made possible to analyze and review them also in relation with all the other Athenian surviving inscriptions and to learn more about the political value of this area.