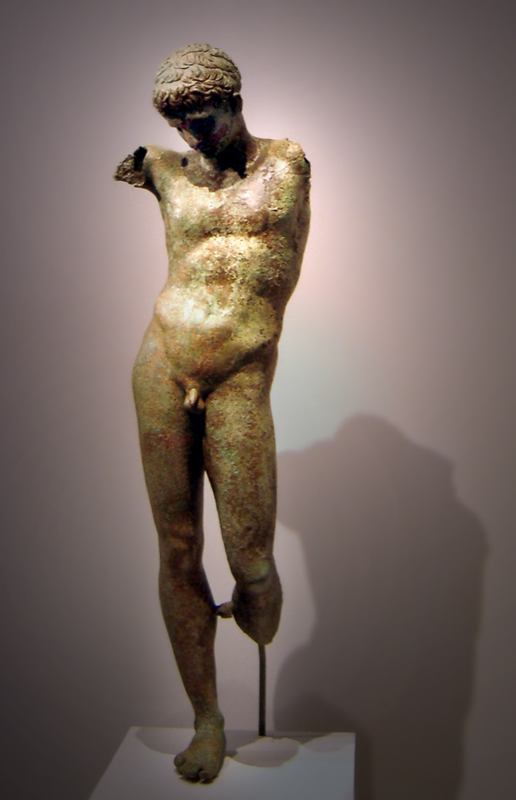 Despite the apparent inclusiveness of this category, the dedications which could be added to the ELA database are not particularly numerous. Dedications set by ephebic classes – and sometimes mentioning magistrates (such as the sophronistai) as co-dedicators – could be set for two reasons: the end of the service (or of the ephebic year) or the victory in a lampas competition.
Without entering the complicated debate concerning the ephebate under Lycurgus, the first known ephebic class setting a dedication is the one enrolled under the archon Ktesikles (see IG II/III3 4, 329 and IG II2 1156). As already suggested by P. Liddell (Civic Obligation and individual Liberty in Ancient Athens, Oxford, New York 2007, p. 292), the start of the habit of ephebic dedications is, by itself, very significant of a change. The first category seems to have been usually dedicated either in the tribal seats (the shrines of the eponymous heroes) or in the last fort where the ephebes garrisoned, as already pointed out by S. Humphreys (Epheboi at Oropos, in Horos, 17-21, 2004-2009), so many documents couldn’t be taken into account (unless the tribe had its shrine in Athens). Thus, the evidence is limited both because of the upper chronological limit given by the evidence itself, but also by the focus on the asty of the ELA database.

Dedications of gymnasiarchs (which fall into the broad category of the liturgic ones) cover the whole 4th century and they even go back to the 5th. Many of them are explicitly linked with a victory in a lampas and they often come from the Acropolis or its surroundings. According to A. Makres in IG II/III3 4 (p. 164, commentary to section 6, a), dedications for victories in the Panathenaia could have been set along the Panathenaic Street. The street- or maybe some parts of it- could be a suitable place for dedications in the lampas of different festivals, since it hosted many different competitions; it is possible that the ephebes too dedicated along it for the same reason. Nevertheless, it is very difficult to assign dedications either to the Panathenaic Street or to the Acropolis, especially when they come from the Agora or the area on the north-west of the Acropolis, and the dedications are infrequently explicit about the festival in which the victory was gained or the god they were dedicated to.